The word thyme is derived from the ancient Greek word ̈ Thio”, which among others means fragrant, which points to the unique value of this herb.

Paradoxically, the word anger stems from the same root, but for the ancient Greeks it had a very different meaning.

To them, anger meant vital force and not rage.

So if its very name was associated with strength, willpower and life-giving momentum, we can understand how important the “humble” herb thyme was to those who gave it such an evocative name.

This amount of pollen grains makes the honey particularly rich in minerals and trace elements such as calcium, magnesium, boron, silicon, iron, zinc and manganese. It also contains the flavonoids quercetin, hesperidin, catechin, camphor or naringenin, etc., in quantities that vary depending on the geographical locality in which it was collected by the bees.

Honey is a natural food that does not require any further processing and consists of more than 180 ingredients. It is a unique natural sweetener of high nutritional value, a gift of nature to mankind.

Not only has Thyme honey been used for centuries to help and relieve the symptoms associated with the common cold, but also for having strong antiseptic and antimicrobial properties.

It is a natural tonic, increases the heart rate, heals or relieves internal disorders and insomnia, furthers the healing of ulcers and contributes to the proper functioning of the body. Consumption of honey has also been shown to help restore health faster in cases of Mediterranean anemia.

Caution: Due to some enzymes contained in honey, it should not be fed to infants under the age of one. 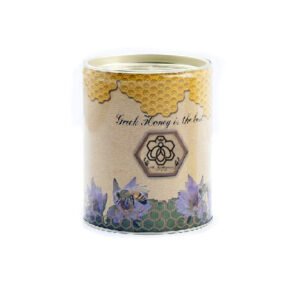